Nebraska is in the northern half of the United States. We get winter. Because there is no mountain range directly to the north (or south) of us, there is usually a slight breeze or gusty wind. In late summer, it’s a hot wind. In the winter, well, it can be – stupid.

Any time after the first of October, it can get down to freezing (32F) but usually only overnight or for a couple days. Leaves could still be on trees as fall (autumn).  It has already snowed early in October. Ice storms can happen around then too. Halloween was cancelled one year. An early snow doesn’t usually hang around long because the ground is not frozen – yet.

Winter becomes semi official in late November and into December. Leaves go away and the grass turns brown. Temperatures could live near or below freezing for weeks at a time. January and February can be brutal. Although, last year, winter was extra mild with sparse snow and temperatures moderate. So it can be cyclical.

Compared to other States, we actually don’t get a large amount of annual snow. We will get at least one big snow storm each winter. Big, as in ten plus inches.  If this happens after the ground is frozen and temps stay cold for the rest of winter, that snow will remain until March. Some times, it will snow big early, then melt. But then snow again in smaller amounts – two to three inches here, maybe five inches there.

I won’t elaborate here about photography in snow.  You know, it’s bright, it’s white. But if it is cold, know your gear and the limitations (if there are any) in extreme  cold. These days, digital chips and prosumer lenses can present challenges. Many years ago, I shot with a 16mm film camera in fifty below zero and it was fine. “Did he just say fifty below? Fahrenheit?”

If it has snowed on your set or on the way to the set or is just getting in the way – you’ll have to move it. Sidewalks, entry ways, and parking lots all need to be cleared.  Don’t forget if you’re moving inside and the snow you’ll drag indoors. Snow is water. Mix in a little dirt and things can get messy. IF snow is packed or ice has formed – driving, walking, or wheeling carts through snow or over ice can be DANGEROUS. Use rock salt or an ice-melt product. Your local Coordinator should know where to get a snowplow.

Snow outside a Nebraska city is a whole other animal (and could be a separate blog post). Yes, plenty of other States get bigger snow, but when we get it bad (big) the Interstates can close, snow drifts can get feet-deep, and things can get REALLY dangerous. Similar to other northern States, Nebraska does have exit ramps with gates that can be closed during a storm. But no roads in Nebraska are “closed for the winter.”

Finally, if you’re shooting outside, you MUST STAY WARM. If you’re in the Locations department, it is your job to keep the crew warm. Wearing the right clothes is subjective. Layers, wool, thermal, and down are all great words to watch for on the label.  In snow, I wear a layer of external nylon, like rain pants or even snow pants to keep the wet snow away. It also protects from the wind. Form follows function.

HEATERS are essential. Depending on your budget, there are plenty of options in Nebraska. Propane powered bullet types and smaller space heaters are available through numerous rental places in Omaha or Lincoln. Consider patio heaters for a longer shoot. Remember NO PROPANE INDOORS. Watch for fire hazards with open flames. NEVER burn charcoal indoors! It will KILL you! Frankly, if it is below zero and windy – and you’re not dressed for it and there are no heaters, it will be uncomfortable.

While we’d love to have you come shoot any time, just know about winter in Nebraska. Come and shoot any other time of year too. Until then, look at the warm side. It’s not impossible. And spring will be here any day now.

Images and words COPYRIGHT © Jamie Vesay  ASK for permission to use.

One thought on “Winter Snow Cold”

This site uses Akismet to reduce spam. Learn how your comment data is processed.

10 years ago 😳 in Nebraska, finding and shooting on a dusty country road - and inside a barn for the @ladygaga #musicvideo #yoüandi Three very long days of 100 degree heat made this shoot one of the most challenging ones ever. The road remains the same but the barn is gone and the farm is now a neighborhood. Many more stories associated w/ this one. The video does look fantastic. Kudos to all of the crew who sweated and toiled through it. #jamievesay #locationscout #locationmanager #productionsupervisor #nebraska
Driving through Wayne in the rain. #nebraska #locationscout
Awesome early AM drive in northeast #nebraska Do expand and explore this photo. Wind turbines, lush green crops, a ribbon to the horizon, and the fog bank in the distance looks like mountains. #locationscout
Location scouting, or as I call it Finding Location Options, is more about wide shots and panos. True, you do need those and turnarounds too but watch for inserts and b-roll in the form of design, textures, and light. Creatively explore the space. Plus the boards. Don’t rethink it, just provide options. I am working for the Director but next to them are the #productiondesigner and #cinematographer Beyond those key folk are the remaining departments. A #location might not be chosen for filming but it may yield #props #wardobe or a #picturecar Quite often (these days) accidental or on-purpose #casting leads have been acquired from #locationscouting No matter your #process be safe, have fun, and say thank you - a ton. Thank you. #locationscout #jamievesay
The #corn is looking awesome. And some of it will be knee-higher at 4th of July. 👩‍🌾 This shot is a repeat from a few summers ago but the lush green #crops and #sky in #nebraska are currently comparable. #locationscout
One of the cooler office building ‘lobbies’ in Omaha. #locationscout
When #clouds move across farmland and the light changes the color of the lush green crops. Summer in Nebraska. #commericalphotography #advertising #locationscout
Since it’s all about baseball this week in Omaha, here’s another one. I was in the neighborhood chasing the clouds when I grabbed this quick pano of Tal Anderson field at the new Maverick Park. Since the gate was locked, I’ll return another day for more shots. Cool facility with a softball field too.
Reflecting on Rosenblatt Stadium. Spoiler alert: This #location no longer exists. It was a special place as the annual host for the men’s College World Series. The #CWS is held in #omahanebraska every year in June. This classic old school stadium was sweet raw #baseball Again, was... until it fell to the giants known as Progress and Commercialism. This beauty is extinct - a.k.a a parking lot for the zoo. Alas, the memories...
Prelude to the next group. Wider shot since multiple photos post crops each one. 🤨 #clouds and #sky in the #reflections of glass in the new HDR building in Omaha, Nebraska. is a star. Always #locationscouting #jamievesay #nebraska based #locationscout
Awesome #clouds and #sky hunting in the #reflection of glass #officebuildings of Omaha. The new HDR structure is a star. Summer clouds, proper path of the sun, and massive mirrors. Tough the miss a pretty picture. Driving through @aksarben_village Always #locationscouting #jamievesay #nebraska based #locationscout
This mess of an unused garage with roof hanging off and ivy growing in it and the cluster of wires overhead would make for an awesome set for something. What say you #productiondesign friends? In a back alley of Omaha NE. #locationscout #locationscouting with #productiondesigner #setdec #artdept eyes. #filmmaking #commercialphotography #spots #commercials
Just about as ND as you’re gonna get for a #gardencenter
It’s Cottonwood tree snow day today in Omaha, Nebraska. 🙌🏾😎
Most excellent to be out on an unpaved country road again. 2021 summer Nebraska. #locationscouting
Love this old beauty. On a corner, all dripping in ivy. Brick, wood, iron work. Yes, I want to see inside too! In older Omaha, Nebraska USA. #filmmaking #spots #commercialphotography #locationscout #jamievesay #nebraskalocation dot com is always #locationscouting
So great to see so many people at a community event again. Kitchy carnival-like vibe, smells, smiles, and #food since it was Taste of Omaha. A different #location and awesome in Elmwood Park. Better than the concrete / asphalt of downtown. The trees, shade, and grass made it cooler, prettier, and good on the body walking. What was also great? The diversity of the crowd. Like what a great American city event should look like. Kudos #tasteofomaha and all who collaborated to pull this off. June #2021 #omaha #nebraska #usa #eatlocal Always #locationscouting
The Chicago Lumber Company building in Omaha.
I am humbled when I get to #locationscout #locations most ordinary people would never see, like underneath a #locomotive in a #train #railyard or inside a brand new #engine Yes, it had a new train smell. These pics are a #throwback to a scout for a Union Pacific ad campaign. The commercials turned out great. It was awesome and inspiring to work with the #safety team of professionals on this project and eventual shoot as #locationmanager If you want to see the spots, send me a message and ask. ⚠️ Disclaimer: I was granted permission and guided here to this location. I was supervised by the company and wore full PPE. 🛑 Never attempt any shoot around a train without permission. #protip #safetyfirst #safetyalways #tbt
One more from the same street and #clouds In an old #neigborhood of #omahanebraska 📸 via #locationscout #jamievesay 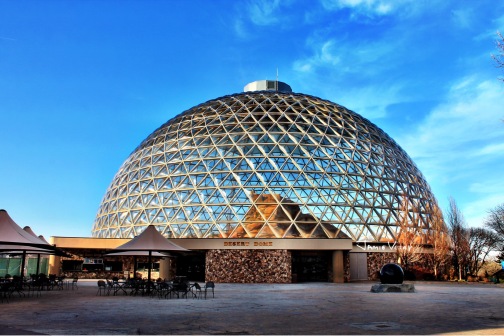 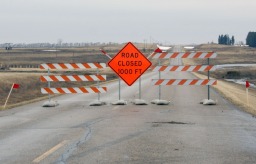 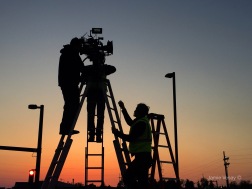 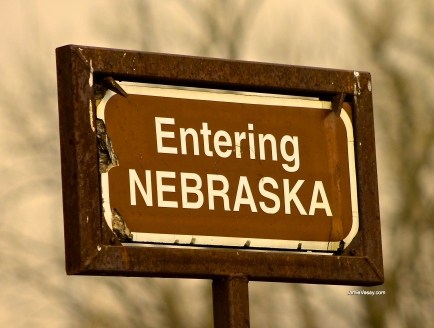 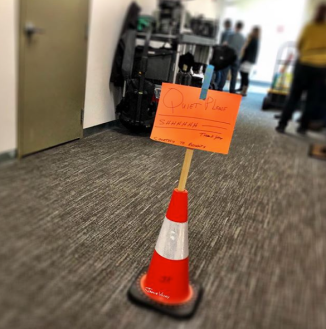 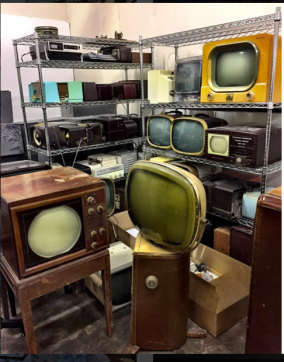 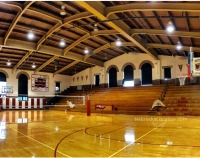